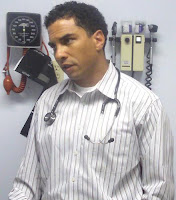 Colorado doesn’t have enough primary care physicians. And the shortage is expected to worsen in coming years. “In Colorado, we need 194 primary care docs in underserved communities – now,” said Steve Holloway, director of the Office of Primary Care of the Colorado Department of Health and Environment. “In the next three years, that number will more than double.”

Medical professionals and administrators statewide are grappling with a big crunch – because there aren’t enough graduating primary care physicians to replace the family doctors about to retire. The average age of a primary care physician in Colorado is 55. Many of them will be hanging up their stethoscopes in as little as 10 years.

The shortage is expected to worsen in 2014 when the federal health care law is due to add 32 million people to health insurance. Treating their postponed health problems will require more time from primary care doctors. If they don’t have one now, Coloradans might want to find their own family doctor soon, Holloway suggested.

Currently, the state has 3,271 licensed primary care physicians. Most of them work in affluent areas of Douglas, Arapahoe and El Paso counties. Poorer – often urban – areas have the most critical need for primary care, including inner city Denver and Adams County. Enormous swaths of rural Colorado also are facing severe shortages, including the San Luis Valley and non-resort areas of the mountains. There is no primary care physician at all in Jackson County in north-central Colorado. In the southeastern towns of Rocky Ford and Ordway,patients are largely monitored by nurse practioners, who handle everything from prescribing psychiatric medicine to setting bones.

Read more and listen here to Dr. Ozzie Grenardo’s unique approach to practicing in both urban and rural areas of Colorado.