I'm looking for a
position
in
region
of Colorado
Search for Jobs
Update from the CEO: Veteran’s healthcare in Colorado

Update from the CEO: Veteran’s healthcare in Colorado
Posted by Michelle Mills on June 14, 2013 in CEO Update
0 Comments 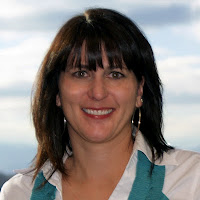 On May 27th, our country celebrated the 145th Memorial Day and last week I had the opportunity to visit Pearl Harbor and the Arizona Memorial. As I paid my respects to the brave American’s that serve our county I felt compelled to dedicate this month’s article to veteran’s healthcare in our state. Colorado’s veterans make up 10.7 percent of the state’s population, totaling 405,244 people. Many of our rural communities, however, have significantly higher densities of veterans. For example, 20 percent of Custer County residents are veterans.
Recently, healthcare for veterans has been in the media frequently and rightfully so. The Department of Veteran Affairs released a study concluding that 22 veterans across the country commit suicide daily. That’s more than combat deaths and child gun deaths combined (Huffington Post, 2013). Nationwide, 11-20 percent of Iraqi veterans suffer from Post-Traumatic Stress Disorder (PTSD). In Colorado, there are 48,607 Iraq and Afghanistan veterans and 30 percent of those individuals have been diagnosed with a mental health disorder (National Council on Behavioral Health, 2012). That number does not, however, indicate the number who received treatment for their diagnoses. Veterans are given few options when it comes to getting sustainable help.
According to the Veterans Administration’s website, veterans can receive community based treatment at seven rural facilities or through two telehealth facilities, although mental health is not always a covered service at every location. So what is being done about this?
In 2012, the Executive Order entitled Improve Access to Mental Health Services for Veterans was released from the White House. One of the goals was to hire 1,600 mental health providers, and to date, 1,058 have been employed (Huffington Post, 2013). That’s a start, but what is specifically being done in Colorado? As Senator Michael Bennet pointed out in a letter to the Veterans Affair’s secretary in April 2013, “Veterans living throughout rural Colorado have contacted my office with concerns about the distance they must travel to receive medical and mental health care from VA facilities. In some cases, veterans have to travel hours for relatively common procedures. As you may expect, even some shorter drives over mountain passes in Colorado can be treacherous during winter months, which is especially cumbersome when veterans need to make frequent visits to health care providers for ongoing medical or mental health issues.”
Awareness of the issue has been publicized, but it’s time to take action on efforts that will benefit our rural veterans throughout Colorado. There are multiple initiatives underway, and the Colorado Rural Health Center will be engaging their partners to help implement solutions. Health Care Policy and Finance (HCPF) has launched the State Innovation Model project with funds from CMS. The purpose will be to integrate behavioral health and primary care. At the kick-off meeting on May 29th, Sue Birch, Executive Director of HCPF, stated that solutions to this problem must be “thoughtful and intentional when addressing the urban, rural, frontier plague.”

Solutions to veteran’s mental health are projected to save money over the long-term. The National Council on Behavioral Health estimates that for every dollar initially invested in providers of veterans care, our healthcare system will save $2.50 over two years. Additionally, if the country’s 210,000 veterans suffering from PTSD and major depression received evidence-based treatment, the cost would be $481 million. The subsequent savings from avoidable psychiatric crises and associated costs would be $1.2 billion.
As innovation for the treatment of behavioral health disorders for veterans emerges and receives funding, the Colorado Rural Health Center will be advocating that options are distributed throughout rural and frontier areas of the state.
Share this article:

Much is happening in healthcare. Check out my monthly CEO update for the latest in rural healthcare.